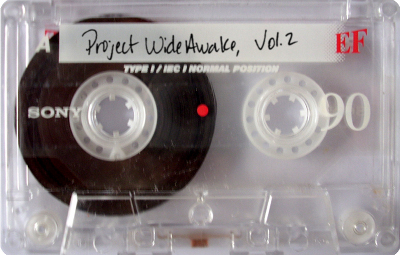 Welcome to episode #9 of Project Wideawake. This is the lost episode.

On the plus side, we have new and improved production values, because I’m learning how to use Audacity. (Although there are still places you can hear me move my papers around, I’m getting better about not touching the microphone.)

For your listening pleasure, all links on this page will open in a new tab.
Click with abandon! 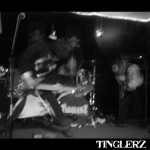 Tinglerz are from Las Vegas (apparently). You can connect with them on Bandcamp, Facebook, and MySpace. Their music is courtesy of Mevio’s Music Alley.

The Shining Skulls are apparently no more. At least, their website doesn’t look like them, and they haven’t been on Twitter since 2012. They are (were) also on MySpace. Their music is courtesy of Mevio’s Music Alley.

(Yeah, I got retweeted toward the end of this section. Next time, I’ll remember to turn off my tablet before I start recording.) 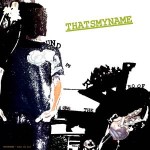 That’s My Name is (was?) a French band. I played their song “Before I Get Old” in PW002. I believe I originally got their music from Jamendo, but they have since disappeared both from there and from MySpace. 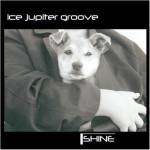 ice jupiter groove formed in Australia in 1995, but they have apparently gone away. You can see them on ReverbNation and Facebook. Their music is courtesy of Mevio’s Music Alley.

(I included the second image because it has a dog in it. My podcast, my rules.) 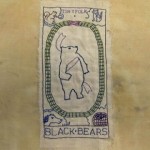 Tinyfolk existed from 2005 until 2011. Tinyfolk comes to us courtesy of the Free Music Archive/CC BY-NC-SA 3.0.

Chico Trujillo is a New Chilean Cumbia band from Chile. Their website is here, but they are also on MySpace. “La gata bajo la lluvia” translates roughly as “the cat out in the rain”. You can read some attempts at translations of the lyrics here and here. Chico Trujillo comes to us courtesy of the Free Music Archive/CC BY-NC-SA 3.0.

If you want to support this blog and this podcast, you can use the following link to donate securely via PayPal:

This work is licensed under a Creative Commons Attribution-NonCommercial-ShareAlike 4.0 International License.Permalink for this article:
https://iswpw.net/2015/04/04/project-wideawake-009/
Published on: 4 April 2015 by Ken
Categorized under: Podcasts, Project Wideawake
Tagged with: Chico Trujillo, ice jupiter groove, That's My Name, The Shining Skulls, Tinglerz, Tinyfolk

« So, this happened last week…

Hi Ken, great podcast and thanks for playing one of our songs (ice jupiter Groove).
We’re actually still going. I’ve been doing a lot of remixes from some studio work we did a few years back but not playing live or anything at the moment. I’ve also been releasing some mixes under the name “Mask The Benniman” Soundcloud link https://soundcloud.com/mask-the-benniman

Thanks again for the play and your interest,
James Lee

Really glad to hear that. Let me know if you have any podcast-safe music coming up!