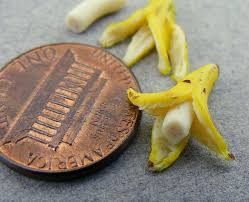 I follow a certain person on Twitter. He’s an actor, and while he’s not a big name to everybody (he still does auditions, for crying out loud), he’s a big deal in certain circles. I follow him on Twitter, I read his blog, I listen to his podcasts. It’s not that I admire his acting ability (although I think he’s a good actor with a fine if somewhat underappreciated sense of comedic timing), but I admire him as a person. He comes from humble origins and has had some tough times, but he is also intelligent, articulate, and supports many of the same political and social causes (animal welfare and mental health, in particular) that I do.

I also follow his wife on Twitter, for many of the same reasons. She is not as prolific a writer (or tweeter) as he is, but she makes up for it by being more in-depth and more thought-provoking. In short, these are people I admire. Until recently, that is.

This person and his wife went on a cruise that is the ultimate fanboy experience: you pay your money, and you get to hang out on a cruise ship with some of your favorite writers, musicians, actors, and other performers from the geekosphere and watch them perform, all while you’re bellying up to the all-you-can-eat seafood buffet. You have to have the time and money to go on this cruise, so if you don’t have either of those, you read the tweets and catch the videos on YouTube.

They weren’t tweeting or blogging during this trip (they were “working” after all), but when they returned, his wife tweeted this:

Nothing bums me out more than coming back from vacation & Twitter break only to be hounded online by strangers for gofundme support. ARGH.

Much the same can be said of Twitter. 140 characters is an awfully thin slice of someone’s life, after all. I have sent tweets in the heat of the moment and people have been confused or upset by them, because they weren’t there with me, experiencing what I was experiencing. (I’ve had the same reaction to my own tweets when I review my timeline. “What the hell was that all about?” I wonder. I usually don’t get an answer.) At the opposite end of this spectrum, I have sometimes spent days or weeks composing the perfect tweet only to have someone take umbrage at it because it happened to catch them at a bad time in their life.

This is pretty much the nature of social media. We are such complex, complicated creatures, and every Tweet or status update shows only an infitisimally small slice of our experience, that what we appear to be on social media is not even close to an approximation of who or what we actually are in real life.

Still, I took a little umbrage myself at that Tweet. I got one vacation day this year, and I was saving it to use as a sick day. (I ended up using it when my mother broke her collar bone.) I don’t need a break from Twitter, I need to go on a break to read my Twitter. Nobody hounds me online for gofundme support, but then again, I’m far short of the 81k followers this woman has, or the 2.5m her husband has. If someone asked me nicely for a retweet for their GoFundMe campaign, I would do it.

I realize that this actor and his wife and I are at very different places in our lives. They are at a high point, and I’m in a place that really sucks right now. Different situations lead to different perspectives. Because I like to give people the benefit of the doubt, I went through and read some of their more recent posts and tweets, because I had gotten out of the habit of doing that on a regular basis.

So I was dismayed to find that their recent communiques to the world were worthy of whitewhine.com. They weren’t quite as bad as “I hate it when they serve domestic caviar”, but still, complaining about things that the rest of us would be perfectly happy to deal with means that you’re not on the same playing field as the rest of us. You’re not even playing the same game. So please don’t act like you’re down here in steerage with the rest of us. You’re not. Please check your privilege.

I don’t begrudge anybody their hard-earned success, but I also don’t think you need to be so self-absorbed about it. You work hard: we get it. You get to do a lot of stuff that the rest of us think is fun but is actually a lot of work for you: we get it. You like meeting people, but you don’t like shaking hands with everybody because you’ve got personal space issues: I totally get that one. But I don’t need to know which beer you’re drinking, or status updates about your dog 100 times a day, and I certainly don’t need your play-by-play of a game that I could watch myself on television, except that I can’t because I’m at work (on a Sunday night, at that). You’re successful, we get it. You work hard for it, we get it. But do you get that you are still doing something the rest of us would probably sacrifice a testicle to be able to do?

But again, that perspective thing. I’m just not in the same place as this person, and I could call him out for it on Twitter or on Facebook, or on this blog. I could, in fact, become a full-time member of the Internet Dickwagon Society, but I have better ways to spend my time and energy. Plus, it really could just be me and the situation I’m in that’s causing me to not see things clearly. (Which I really hope it is, because, damn, it’s hard to watch your heroes die.)

So my solution is simple: It’s just as easy to unfollow someone as it is to follow them. I’ll work on my own stuff, and in a year or so, when I am (hopefully) in a better place, I’ll take a look at his stuff and see if I was off base or whether he really deserved that unfollow.

This work is licensed under a Creative Commons Attribution-NonCommercial-ShareAlike 4.0 International License.Permalink for this article:
https://iswpw.net/2015/03/19/banana-for-scale/
Published on: 19 March 2015 by Ken
Categorized under: Uncategorized
Tagged with: fame, work

Make your own handwriting font »