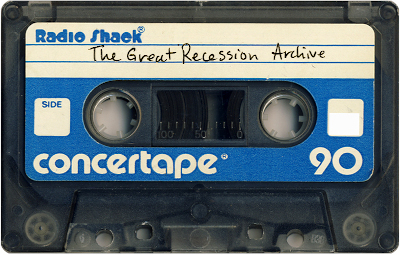 During the Great Recession I was living in a small, one-bedroom apartment in an out-of-the-way location that didn’t have high-speed internet—only dial-up. (This is relevant, believe me.)

Schools aren’t open in the summer, though. It was almost impossible to find work and I had no savings. I was signed up with every temp agency around, but jobs simply weren’t there. I was eventually promised work at an aluminum plant, for which I was very grateful because not only did they pay slightly more than minimum wage, they also offered 12-hour workdays, which meant lots of overtime. If I could only get in there quickly enough, I could make enough money to pay off my back rent and save my home.

I eventually did get that position. I had just discovered podcasting, thanks to Will Wheaton’s Radio Free Burrito and had made a few podcasts of my own. That’s not an easy thing to do over a dial-up internet connection. (I told you that would become relevant.)

Because I was busy and tired (coming off a twelve-hour shift, I would often just sleep for an hour or two in my car before I went in the house), I didn’t really have time to write or podcast about the experience. But I knew that I would want a record of these experiences, so I made recordings, generally on the way to work or the way home. I at first recorded on my portable mp3 player (remember those?) which had a record function, but later found that my digital camera could also record audio, and made slightly better recordings. I eventually * saved up enough money to purchase an actual Olympus voice recorder, which I still have and use to this day.

I came up with the name “Great Recession Archive” pretty easily, actually.

Fast forward to the present day and we are again facing another global crisis. So I decided to pull out those old files, clean them up as best as I can, add whatever relevant information I have to them, and podcast them. This will take some time, but it will take my mind off the current crisis.

A couple of things to note:

That’s all, for now.

The opening song is “Sleepless” by Unheard Music Concepts.

The closing song is “Last Bar Guests” by Lobo Loco.

*Let’s just say that was Plan A.

This work is licensed under a Creative Commons Attribution-NonCommercial-ShareAlike 4.0 International License.Permalink for this article:
https://iswpw.net/2020/04/03/the-great-recession-archive-podcast-000/
Published on: 3 April 2020 by Ken
Categorized under: Great Recession Archive
Tagged with: NSFS, NSFW, Wil Wheaton