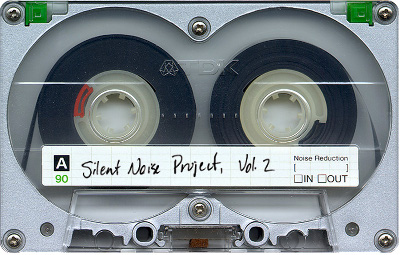 Four years and two days later, and here we are.

Welcome to episode #7 of the Silent Noise Project. This episode is 46 minutes and 54 seconds long and weighs 53.5 megabytes. As always, your mileage may, and probably will, vary.

All the relevant information is in the podcast, but if you can’t wait, I’ve put some notes together down below.

It has been a long time since I’ve done a podcast, so the quality is questionable. Production values are greatly improved, thanks to a new (well, a new used laptop), Ubuntu 18.04 (which just rocks—if you don’t believe me, take my car), and a newly found willingness to experiment with Audacity and to take notes as I do so. I just recently read a short story (“The Barrens” by Stephanie Feldman in The Magazine of Fantasy and Science Fiction) where a character says “Nobody tells teenagers anything useful.” That is, sadly, true. Of course, the converse of that is that when someone actually does tell a teenager something useful, they don’t fricking pay attention.

So here’s my bit of useful advice for teenagers, and everybody else as well, I guess: Don’t be afraid to experiment, but take good notes as you go. That way you can always—that is, probably—back out of it if—that is, when—things turn into shit.

NSFW: This podcast is not as profane as some of my other podcasts, but still, I wouldn’t listen to it at work or school. You have been warned. (Hell, I just gave you an example in the above paragraph, and one more example in this sentence. Aren’t you listening? Damn it, that’s three examples. Oh, wait…)

The People’s Revolutionary Podcast Naming Committee originally decided that the name of this episode should be “the everything is very not real episode”. However, that resolution has been tabled, as that name is to be used for a future podcast. Instead, the PRPNC has decided that the name of this episode shall be the “everybody lies episode”, with apologies to math and physics club.

Because sometimes, damn it, I’m just too tired to come up with a good name.

Chapter 3 — The Winter of my Discontent

I think this chapter kind of sucks, but oh well, whatever, never mind.

Just a reminder that if you want to follow this podcast on your favorite music player, the feed is here: blog.kjodle.net/category/podcasts/silent-noise-project/feed/ Enjoy!

This work is licensed under a Creative Commons Attribution-NonCommercial-ShareAlike 4.0 International License.

I mentioned the story “The Barrens” by Stephanie Feldman in the May/June issue of The Magazine of Fantasy & Science Fiction. It’s a good story in a good magazine. You can get a copy here:

Also, you can just plain subscribe to the print version of the magazine here:

Or you can subscribe to the Kindle edition here:

And yes, I get a little tiny bit of scratch if you buy things through those two links. If you want to avoid making me or Jeff Bezos any richer, you can also subscribe from the magazine’s website here. No, I’m not good at capitalism, nor do I want to be. But Brent Rambo is okay with that:

This work is licensed under a Creative Commons Attribution-NonCommercial-ShareAlike 4.0 International License.Permalink for this article:
https://iswpw.net/2018/06/30/silent-noise-project-007/
Published on: 30 June 2018 by Ken
Categorized under: Silent Noise Project
Tagged with: Ant Neely, Audacity, Clarissa Explains It All, everything on the internet eventually dies, get excited and make things, Kids Fly Free, NSFW, PRPNC, shameless attempts at capitalism, Star Trek, Tinyfolk